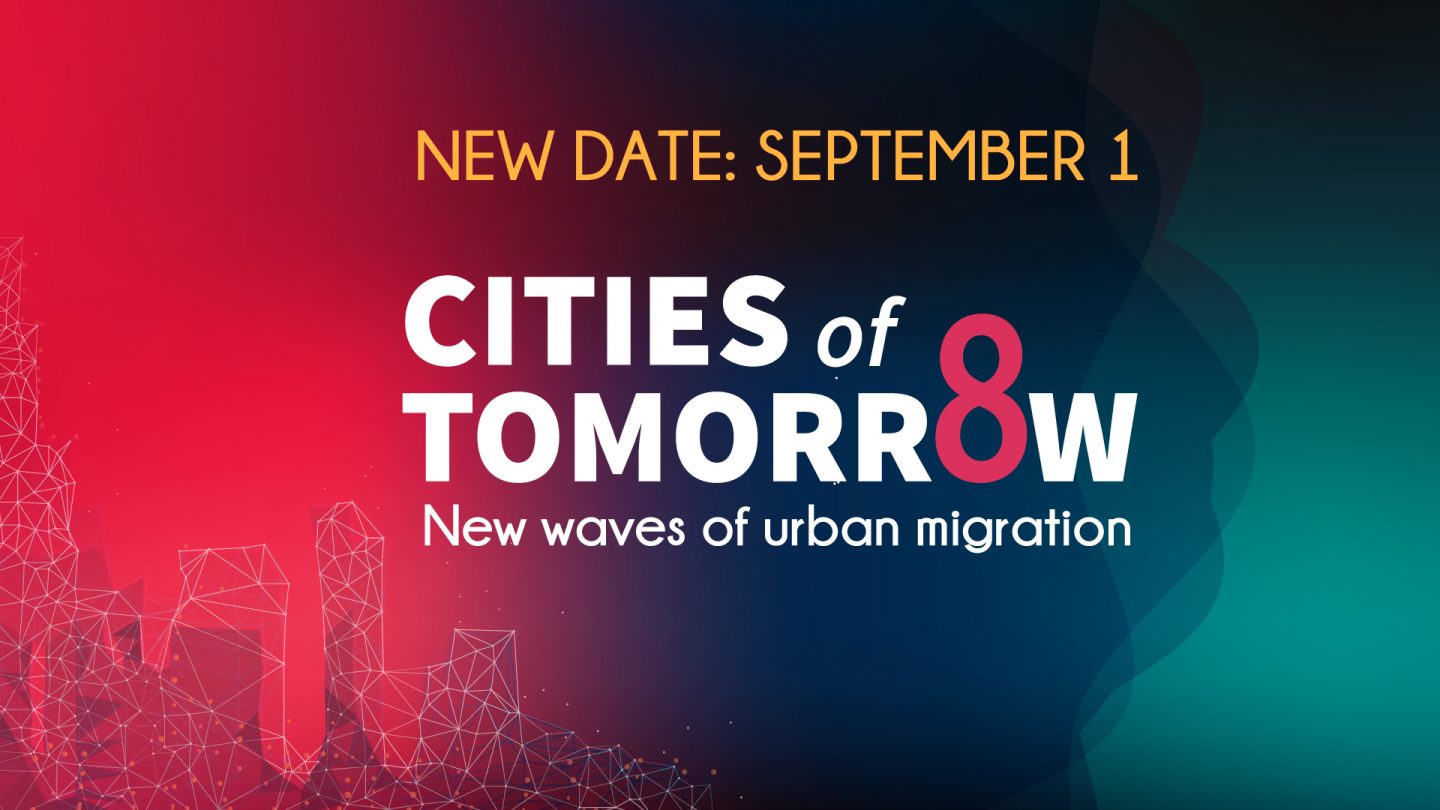 The eighth edition of the annual Cities of Tomorrow conference, organized by AHK Romania (German-Romanian Chamber of Commerce and Industry), emphasizes once again the relationship between people and cities, with the central theme being migration and the movement of people both internally and internationally, a topic of interest in Romania, where the effects of mass emigration over the last three decades are increasingly visible at economic, urban and social level. Developed cities are in fierce competition to attract and retain inhabitants and labor force, while in small towns and rural areas depopulation is an issue, as well as the absence of measures to increase competitiveness and living standards.

The conference will be held on September 1, 2020 at the JW Marriott Hotel in Bucharest and aims to address migration in a holistic way: energy, mobility, city governance and digitalization, urbanization, sustainable construction, safety and security, circular economy and other relevant topics which should lead to adaptable and sustainable cities with a high standard of living. By launching this theme, we want to bring together experts in the field and put the wheels in motion in order to prepare Romanian cities for the demographic challenges they are facing.

This year’s guest of honor and keynote speaker is Mr. Ullrich Sierau, Lord Mayor of Dortmund. After his election in 2009, Mayor Sierau emphasized the implementation of sustainable urban development projects. As a result, Dortmund received the title of most sustainable city in Germany in 2014 and the German Urban Planning Award in 2018. During the conference, Mr. Sierau will talk about the need and effects of the large-scale reconversion PHOENIX project, which made Dortmund a city with a high quality of life for its inhabitants. From a city formerly known as the engine of Germany’s industrial revolution, Dortmund went through a process of structural changes, after the 1975 steel crisis left the city without 90,000 jobs and with significant environmental damage.

As in previous years, the Cities of Tomorrow conference will be a trialogue platform between companies, civil society and public authorities to exchange best practices and know-how. The event will also contain a project competition and roundtables around the topic of smart and sustainable cities.

For more details and registration, please visit www.citiesoftomorrow.ro and benefit from the 20% Early Bird discount valid until February 15, 2020.

Any cookies that may not be particularly necessary for the website to function and is used specifically to collect user personal data via analytics, ads, other embedded contents are termed as non-necessary cookies. It is mandatory to procure user consent prior to running these cookies on your website.